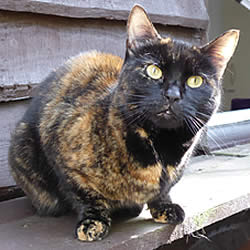 Coco is a stunning Tortoiseshell who has been surrendered to us by her owners. She has beautiful markings and a very dark face. She found shelter life a little bit difficult to adapt to but after a couple of weeks, she has found her paws.

She is very friendly with a chatty nature and loves human company.  She is very sweet and loves a tickle.  She arrived with another cat but is soon became obvious that she wasn’t really keen on her or other cats, so we want to re-home her on her own where she will be much happier. She is 7 years young and is looking for a new start as she has been handed in through no fault of her own. She has been used to going out but tended to be indoors more than out, so would probably adapt to being an indoor cat. 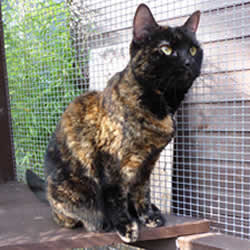 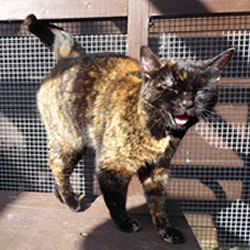 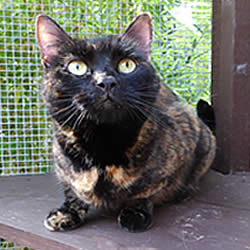 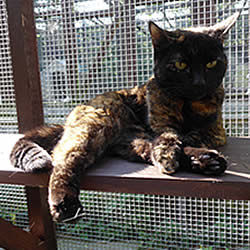