Connor is an affectionate boy.

He came to us because of the ill-health of his owner. He was very shy at first but is super friendly and very affectionate with us now. He has previously lived with other cats. He had a very large catio in his previous home. We would like him to have access to a safe outdoor space in his new home because he also enjoys the catio he has at Pawz. He hasn't been used to free roaming and we don't think it would be safe for him to start now. 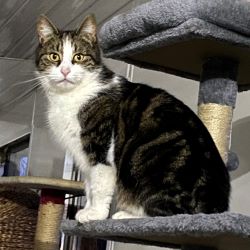 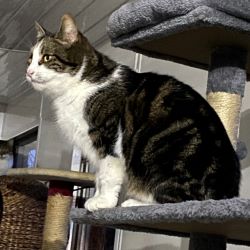